An old association of over 20 years ago has been rekindled – the extraordinary virtuoso harpist Savourna Stevenson and Steve Kettley have formed a duo, playing her compositions. Savourna is known for breaking stylistic barriers while maintaining her Scottish roots. She has collaborated with musicians such as Aly Bain, Eddi Reader and Toumani Diabate and is acclaimed for recent orchestral and choral works. Their first performance was at Harp on Wight, in Ryde on the Isle of Wight, in October 2017. 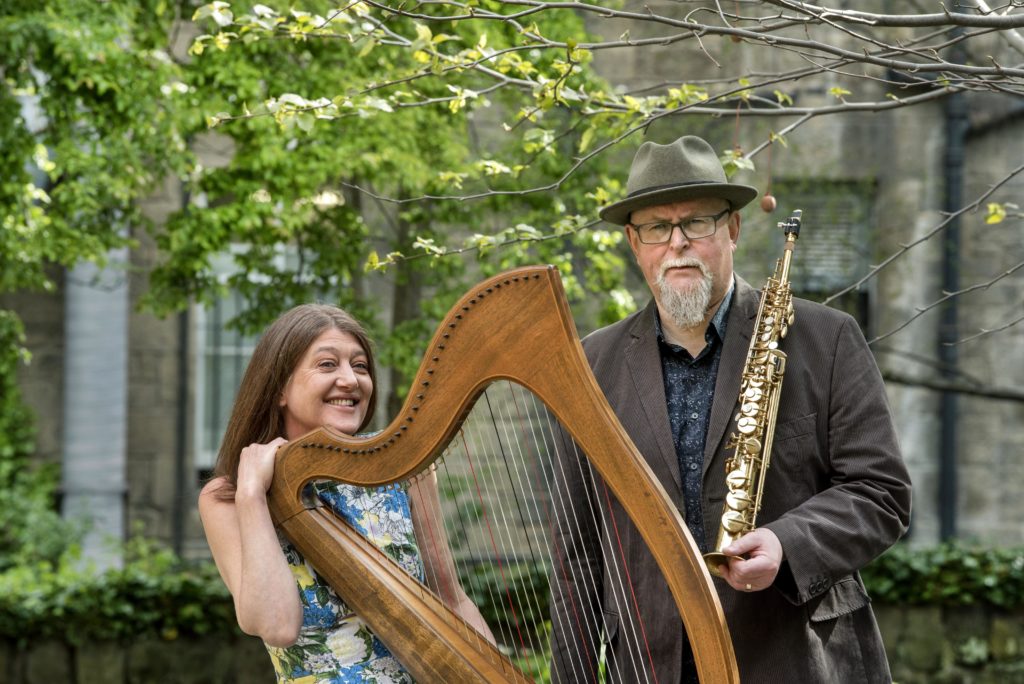